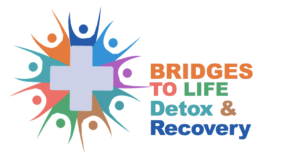 is an illegal psychostimulant drug. First discovered back in the 19th century, methamphetamine was then used as a nasal decongestant and a respiratory stimulant, but its highly addictive nature was quickly discovered. Because of how addictive this drug is, crystal meth detox should be handled carefully as the withdrawal process can be painful if not seen by medical professionals like our staff at Bridges to Life Detox. This powerful drug is found under many names, being referred to as chalk, crystal, ice, etc. Many drug addicts choose crystal meth over cocaine since crystal meth is cheaper, and its effects are known to last longer as compared to cocaine.

Crystal meth is the purest form of methamphetamine. Its name is related to its form of crystalline rocks, which are colored blue. There are different ways of how one can use crystal meth. The drug can be snorted, smoked, or injected and even found in the form of pills, although it is most commonly being used by smoking it using a pipe. The reason for that is that being smoking it, the crystal meth provides an amplified version of the effects that the drug has been causing. In fact, the effects can last up to 24 hours after use.

Crystal meth detox and withdrawal is often not a pleasant experience. Methamphetamine works by increasing the dopamine levels in the brain, which, as you may know, is the neurotransmitter responsible for the feelings of pleasure, among other vital roles that it has. Once that the drug has been removed from the body completely, the levels of dopamine drop below the natural levels, which causes the symptoms of withdrawal to occur. The person can no longer function properly without the drug.

The first symptoms from crystal meth detox and withdrawal usually begin after around 24 hours after the last dose has been taken. The withdrawal period can last up to two weeks for acute withdrawal symptoms and may experience lingering withdrawal symptoms for several additional weeks. For most patients, it is around the third and fourth week that they start feeling better in terms of both their physical and mental health. This is why we highly recommend reaching out to a trained crystal meth detox facility and not trying to detox at home.

Drug addicts use crystal meth because of its ability to improve their mood, reduce fatigue and appetite, and provide them with a certain feeling of power and self-control, among other things. The biggest effect of them all is the noticeable euphoria that they are experiencing, and this is what causes them to go back for more and more.

Once withdrawal sets in, these individuals start to experience the opposite effects, along with experiencing additional negative effects. The list of withdrawal symptoms includes:

to The National Institute on Drug Abuse, the best way to treat an existing methamphetamine addiction is through combining cognitive behavior therapy (CBT) and the use of medications. The treatment usually begins after the initial detox has been completed and a thorough assessment to see if there are any underlying dual diagnosis issues. During this time, medical healthcare professionals can assist the case to help with this part of the process.

How to Find a Crystal Meth Treatment Center

The treatment of crystal meth requires proper medical help by trained detox specialists and all of the previously mentioned medications. There is a high risk that the treatment will be unsuccessful if the individual tries to do it on their own, without any professional help whatsoever. At Bridges to Life Detox, we want to make sure you are as safe as possible during this process so that you can maintain lasting sobriety.

Call us today to learn more about our crystal meth detox facility in Orange County, CA. We are here to help you.

Other Types of Drug Detox We Offer:

Schedule a Tour With Us

*All calls & messages are free and totally confidential.